There are many different styles of American houses. They each have different shapes, sizes, and stories. Here is a little lesson on some of the styles, and how you can recognize them. 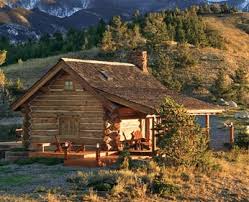 Log cabins feature log walls, 1-3 room layouts (usually with center passages; called a dogtrot). These homes came about when the earliest settlers began building homes. The most abundant source of material that they had was wood; they also used it because it protected against really bad weather, including snow. They were popular in the mid Atlantic colonies.

Saltboxes are known for having very steep roofs that reach all the way to the 1st story in the back of the house. They feature large, grand chimneys and small windows. Most saltbox homes existed throughout and around New England. This is the reasoning for the steep roof; the settlers learned that shingles were good at pushing off rain and snow. Unfortunately, there are not many original saltboxes left. Many of them reside in museums. 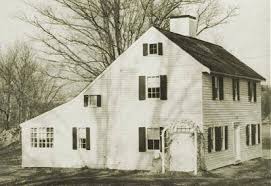 Georgian homes are very symmetrical. They have double-hung windows, transom lights, and detail molding on cornices. Georgian architecture emphasizes both Roman and Greek shapes. Georgian homes were throughout just about every colony in the 18th century. The homes are based off of European styles.

Federal style homes are also very symmetrical. They generally have paneled front doors that have very elaborate surrounding details such as pediments, pilasters, and sidelights. They often, like Georgian homes, have dentil molding on the cornices. Federal style homes derived from Roman architecture. 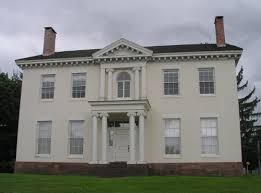 Gothic revival homes have very steep roofs with decorative cross gables and bargeboards. They also have gothic windows (always arched), and doors. They also always will have a porch on the first floor. Gothic revival homes trended in England and eventually made their way to the United States. The style of the homes are similar to those of Medieval homes and churches.

14 thoughts on “History 101: Impress Your Real Estate Agent By Learning To Identify A Home By Its Exterior Features”

Get Your Fast Cash Offer Below

Iconic One Theme | Powered by Wordpress